Moving to Hawaii made me confront, and take steps to end, my bad habit of judging other people.

I realized I’d grown up with some basic stereotypes and judgements of people (for example, that people with tattoos were poorly educated/low class/generally kind of sketchy) that needed to be completely done away with! There’s just no way to hold onto a judgement like that after you’ve lived somewhere with a traditional and prevalent tattoo culture because you quickly realize that kind, intelligent, hardworking people can have tattoos, too.

A couple of years ago, I started an exercise where, every time I caught myself mentally judging someone else, I made myself think of several great reasons why s/he might be wearing, doing, or saying whatever I’d just been judging.

It really helped me gain some perspective and stop judging people so frequently. Today I’m sharing my tips for how to stop judging people – I hope you find them useful! I’m also including a free printable worksheet to help you release self-judgment and promote self-acceptance. 🙂 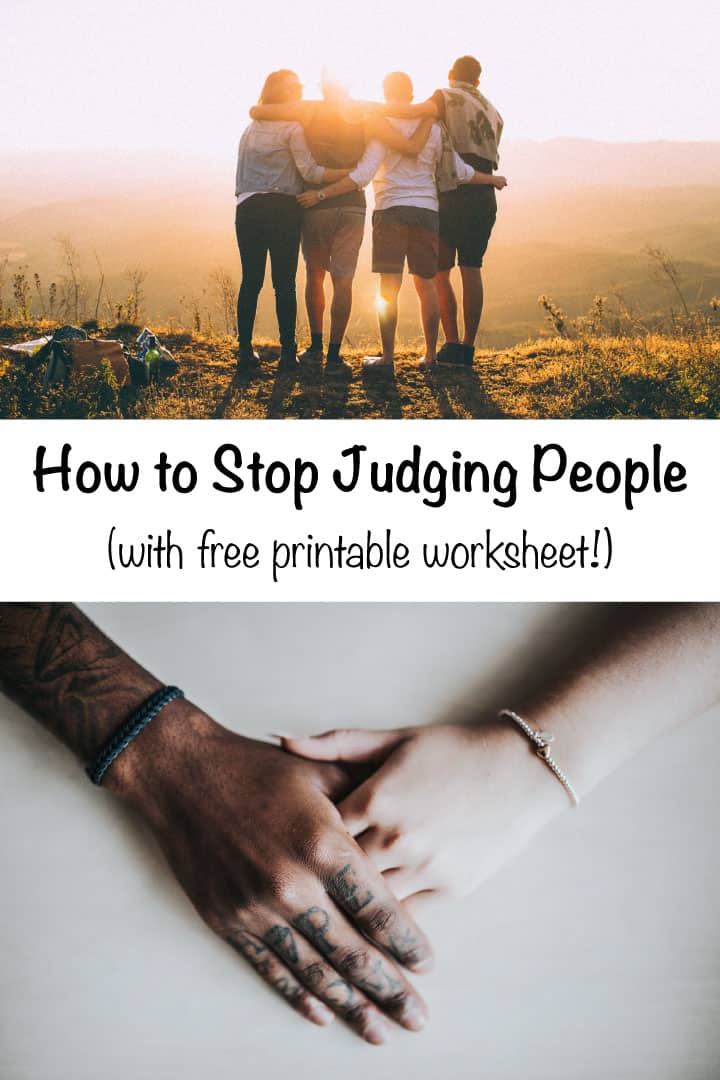 As the saying goes, judging a person does not define who they are, it defines who you are.

Judging is an ego trap – it’s something we do to feel superficially “better” about ourselves for a minute because we’ve put another person down.

Sometimes we judge others when we’re jealous of them in some way – because they have something (a position, ability, role, etc.) that we don’t.

We also judge people because they remind us of some part of ourselves we don’t like, simply to make ourselves feel superior without any other particular motivation, or when our desires/expectations aren’t met.

Regardless of the reason, judging other people is detrimental and can quickly lead to judging yourself harshly, too. Like any pattern of thinking, judging can become a difficult habit to break. It is totally possible, though, so don’t give up if it takes you a few tries to break the judging habit!

The root cause of judging people

In almost all cases, the root cause of judging is….our ego.

So how can we stop judging others and ourselves? Empathy and acceptance.

You don’t have to agree with the person or situation, just try to accept it and see it for what it is.

Work to practice empathy and remember that the other person is doing the best they can at the moment. Do you recall reading Walk Two Moons in middle school? The title comes from the admonition to “Don’t a judge a man until you’ve walked two moons in his moccasins.” Recognize that you can never know the whole story or situation.

Once you start to judge other people, it becomes so easy to judge yourself, too. Freeing yourself from judgement of others opens the door to greater self love! Once you learn how to stop judging others, not judging yourself will become much easier. The opposite of this is also true – the less you judge yourself and the more kindly you treat yourself, the less you will judge other people.

How to Stop Judging People

First and foremost, be aware that you’re judging! Bringing mindfulness to your judging can be difficult (after all, who wants to think of themselves as a judgy person?), but it is key to letting go of judgement. Some people like to wear a hair elastic or rubber band on their wrist and give it a snap every time they catch themselves judging. If that isn’t your study, simply clearly think “Judging!” or “Ding!” or come up with some other mental cue to alert yourself to the situation.

Don’t get mad at yourself or judge yourself for judging. Instead, stop and ask yourself a few questions:

Oftentimes, talking to people is a great way to combat judgement.

For example, our society tends to look down on single moms and women who are unmarried & pregnant. I have several friends who are either single mothers to young children or were young & unmarried at the time of their first child. One of these friends has told me several times how hurtfully she was treated at her prenatal appointments with her first child as an unwed, young mother. She said office staff would say things like “Oh, you’re a Medicaid” to her as if that was somehow her chief defining characteristic as a person. Just a couple of years later when she was married with “real” insurance and having her second child, she was treated completely differently in the same town and at the same hospital (same dad, btw, and they’ve been married for 10+ years). Hearing her story and knowing what an amazing mom and all-around great human being she is really made me reconsider stereotypes and judgements about single/unwed mothers I’d absorbed growing up in the South. If the opportunity presents itself, try to have a conversation with someone you may have been tempted to judge. Talk with them about their children/tattoos/job/clothes/hair/piercings/sexual orientation/etc. and see if you can come to a new understanding that helps you refrain from judgement in the future.

You can also work through this free printable worksheet to help you combat self judgement. 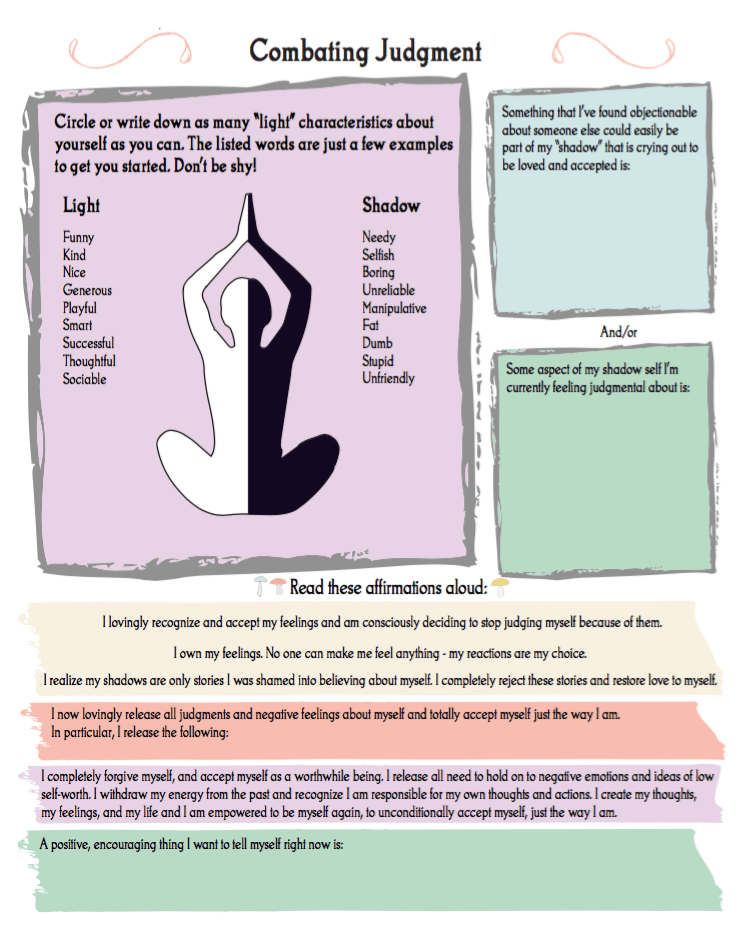 In case you missed the link above, you can download your free printable worksheet to help combat judgement right here.

I really hope you benefit from this ideas on how to stop judging people. Always remember that your personal journey is exactly that – a journey. Don’t give up if you aren’t immediately “successful” at not judging yourself or others. Simply bringing mindfulness to judgements is the first step! Just keep working and I’m certain you’ll see improvement! If you;re working on your mindset, you may also like this post on how to make a manifestation box to help you create the day and life you deserve. Perhaps your first note in the box could be “I am so much happier now that I am judging myself and others less harshly.” 🙂 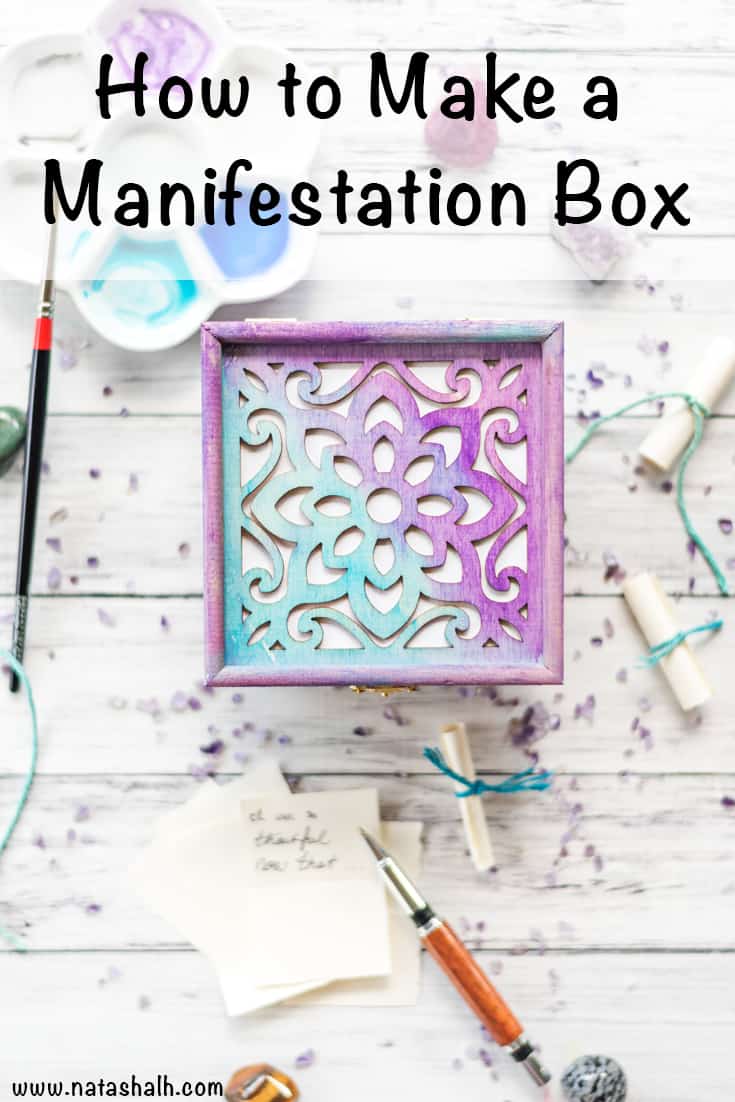 Please let me know if you have any favorite tricks or methods to help you stop judging yourself or others!