It’s our anniversary – hooray! Literally. Today is our actual second anniversary! It’s kind of like our first, though, because we weren’t able to celebrate our first anniversary together. In fact, I would hesitated to say either of us really “celebrated” at all. My dad passed away exactly two weeks earlier and my husband was on deployment, so the mood wasn’t exactly festive! I did have brunch with my mom and sister, which was nice, but the overall atmosphere wasn’t particularly celebratory. 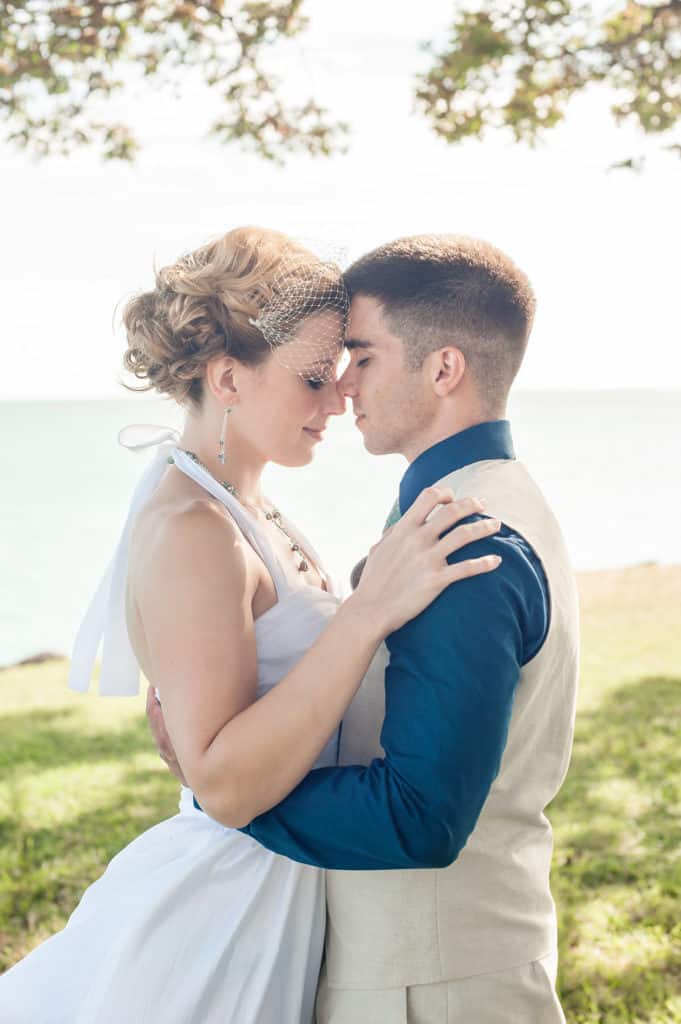 Although loosing my dad wasn’t on the agenda, we actually never expected to spend our first anniversary together because we knew he had a deployment coming up. We consciously decided not to follow tradition and freeze some cake to share on our first wedding anniversary. Instead, we decided that, since I made our original wedding cake, I’d just make more cake for us to share when we did get to celebrate together! So now here we are at that day and I’m sharing our wedding anniversary small batch cupcakes. Admittedly, they’re not super small bach (the recipe makes 10-12), but at least it isn’t as much as a “normal” cupcake recipe! {{As a note for new visitors – yes, I did make our wedding cake. We actually self-catered the entire reception! If you’re looking for information and resources about catering your own wedding reception, please see my posts on self catering your wedding and planning your self-catered wedding reception.}} 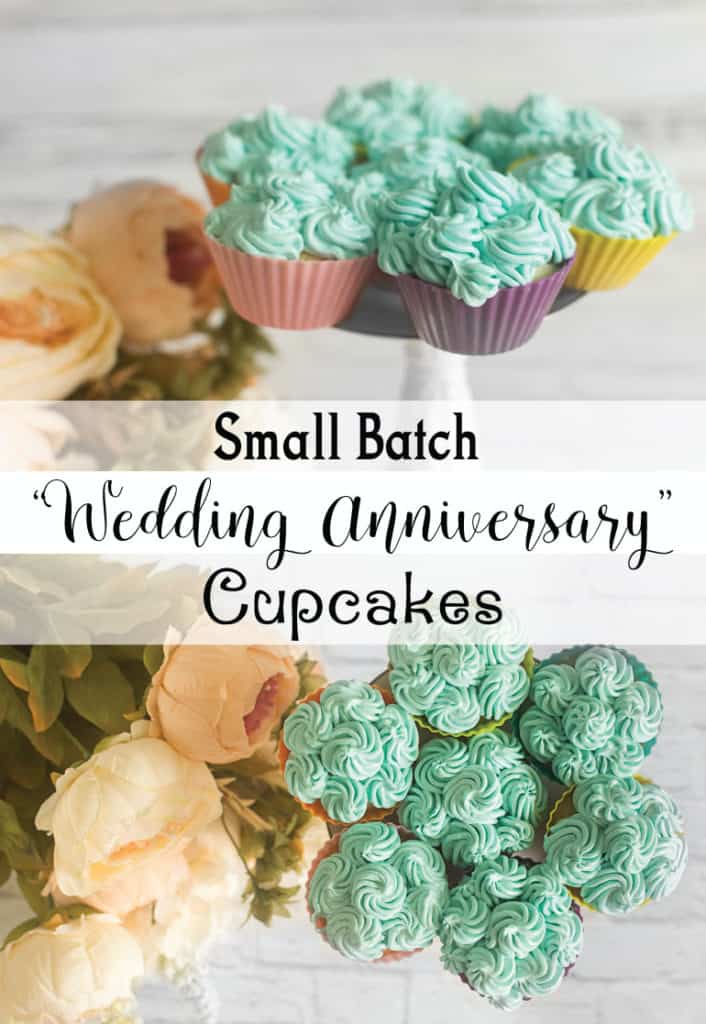 Unusually for me, I did not try to make this recipe “healthy” in any way. No Greek yogurt for a change! Well, the frosting actually does have a bit less sugar than the usual ratio for buttercream, but by my standards it isn’t low sugar! I had to make the buttercream, though, and color it blue, just like our actual wedding cake. The cupcakes, themselves, are also very similar to our wedding cake. I did not make chocolate shells to top them, even though I currently have white chocolate melts, because that would just be too much! 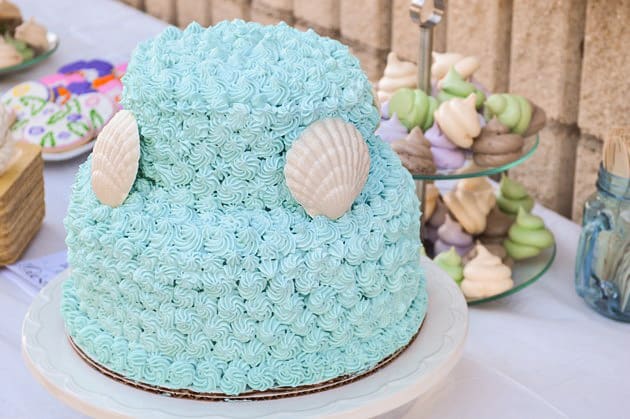 Coloring the buttercream is totally optional, but if you ever use food coloring in icing I really recommend using gel food color. It doesn’t change the consistency the way regular ‘grocery store’ liquid food colors will. I bought this Americolor student set of colors on Amazon and am still using them two years later! And speaking of colors, I used my silicone baking cups for these cupcakes. I know they’re not exactly “wedding-y” or “anniversary-y,” but they work really well and I love them. 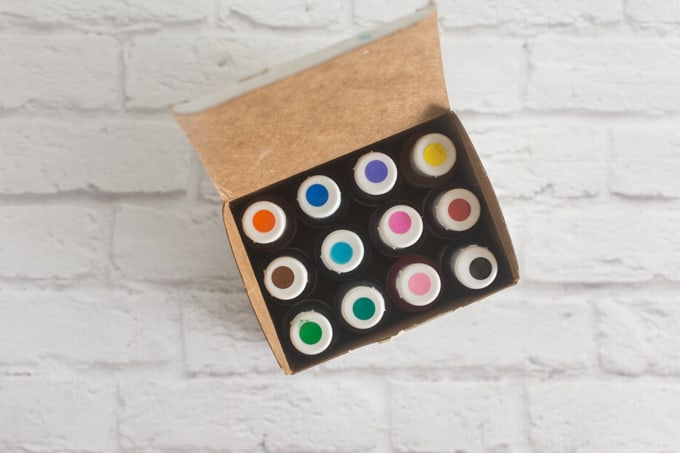 I’ve mentioned the “pod” method of icing before, and I recommend you use it for these cupcakes (if you feel like breaking out an icing bag, that is! You can always just spread it on there with a knife). You just get a square of the “Press n Seal” type plastic wrap, add a large dollop of icing, and then make a pod, like this: 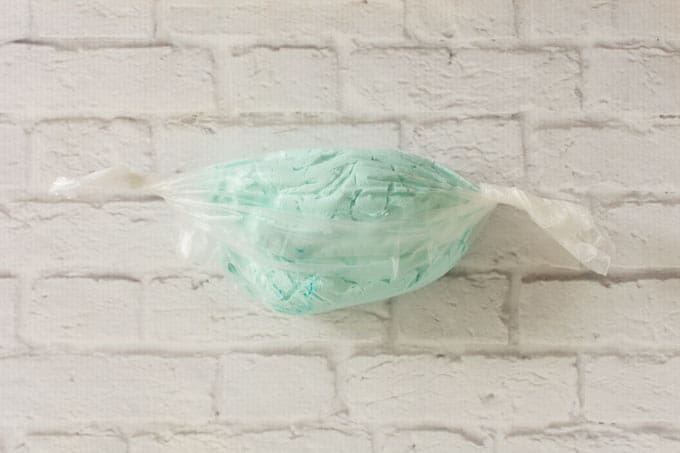 Drop your pod in the icing bag, pull the twisted end of plastic wrap through the decorating tip, then snip it off. This method is approximately one million times less annoying than trying to shove icing down in a bag using a spatula. 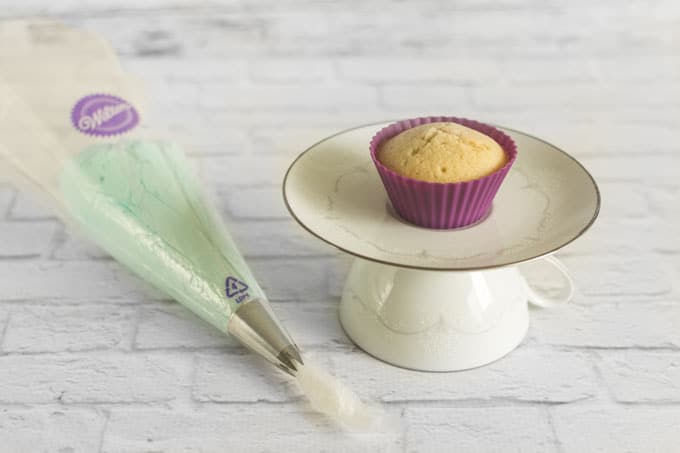 And that’s that! I know the recipe looks long (okay, the recipe is long), but these cupcakes are so delicious! And I promise it really isn’t tricky. Honestly. If you’ve never made this type of buttercream before, don’t be intimidated! Just use pasteurized eggs or liquid egg whites to remove the worry of eating either eating raw eggs or cooking to a specific temperature and enjoy. Oh, and really, truly don’t panic when your buttercream reaches that awkward “cottage cheese” point. It will happen. Just keep mixing! 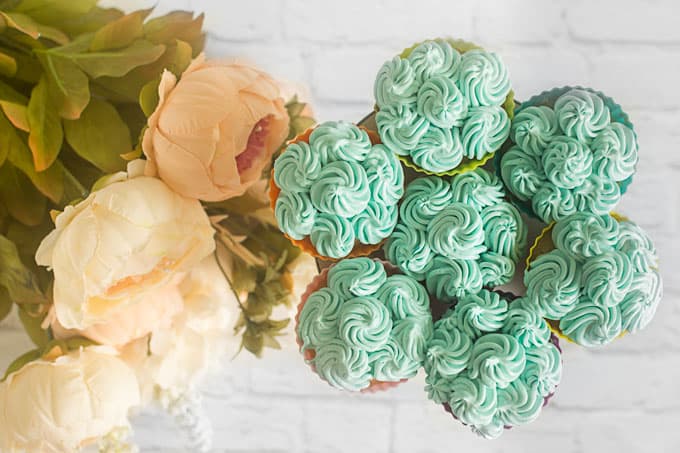 Candid camera time! Ahahaha. Yep, these cupcakes are definitely husband approved. “Poor guy” – he was hardly in the door and not fully changed from his uniform yesterday when I made him play test a cupcake! Needless to say, he can’t wait to enjoy more of them today.

Obviously these cupcakes don’t have to be just for anniversaries – they’re great for any time you want small batch cupcakes that are so much better than store bought. Don’t take my word for it – bake them for yourself! The flavor is so rich and delicious that I think you’ll never want a box mix or store made cupcake again.

Do you have any specific special occasion desserts in your family?

20 shares
Previous Post: « Motivational Monday – A Guided Meditation for Monday
Next Post: A Yoga Sequence for Core and Balance »