I am a native South Carolinian. Charleston, South Carolina, with its strict building height laws, feels like a big city to me.

The island nation of Singapore has half a million more inhabitants than the state of South Carolina.

Calling jet-lagged, small town me “overwhelmed” by my first day in Singapore is a bit like saying “kittens are soft.” Yes, it’s true, but it’s not the whole story! Our hotel was in the CBD, but not very far from Singapore’s famous Chinatown, so we decided to walk over and see the sights. It ended up being a long, sweaty day out, but it was ultimately worth every minute. It was an exhausting experience, but returned to the hotel with a different perspective on Singapore and our own American culture. 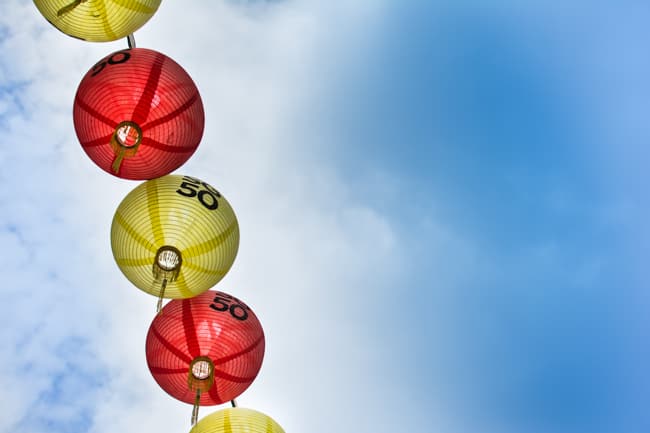 To begin with, our route to Chinatown took us through a park where we saw this sign: 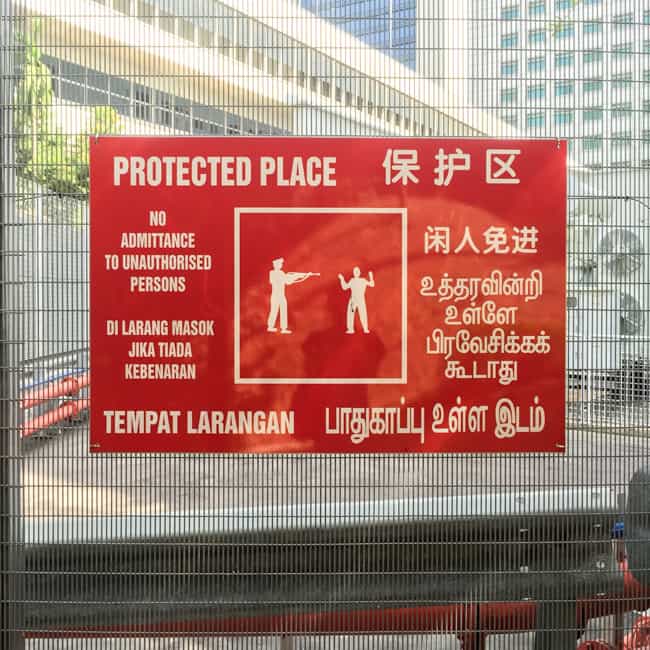 If this experience were a comic strip, my speech bubble would read “…” then “What have I gotten myself into?” It was only my first experience of many with Singapore’s signs! It is, as they say, a “fine” city, meaning that they have plenty of rules, signs, and fines in place for people who don’t comply. At first it really freaked me out, but later in the week I visited the Singapore National Museum and gained a great appreciation for the determined little country and what they’ve done in their short history. But more on that in a later post!

The main reason I wanted to visit Chinatown was to see the Buddha Tooth Relic Temple. Opened in 2008, its gravitas is unaffected by its youth. Like the rest of Singapore, the temple was, in all honesty, a bit overwhelming, but it was also beautiful. And, I have to admit, the chanting kind of gets into your head and leaves you wanting to hear more of it! 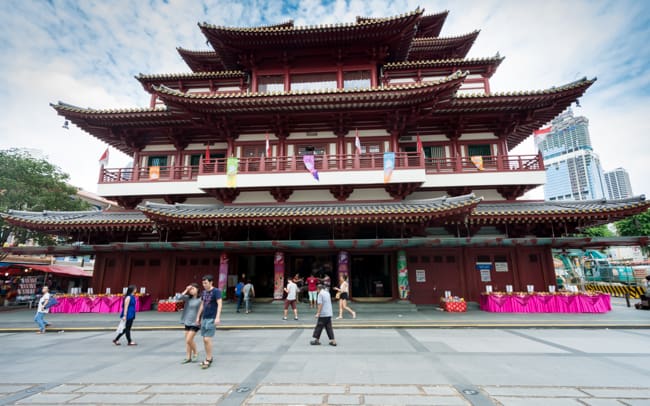 There was table after table covered in offerings. 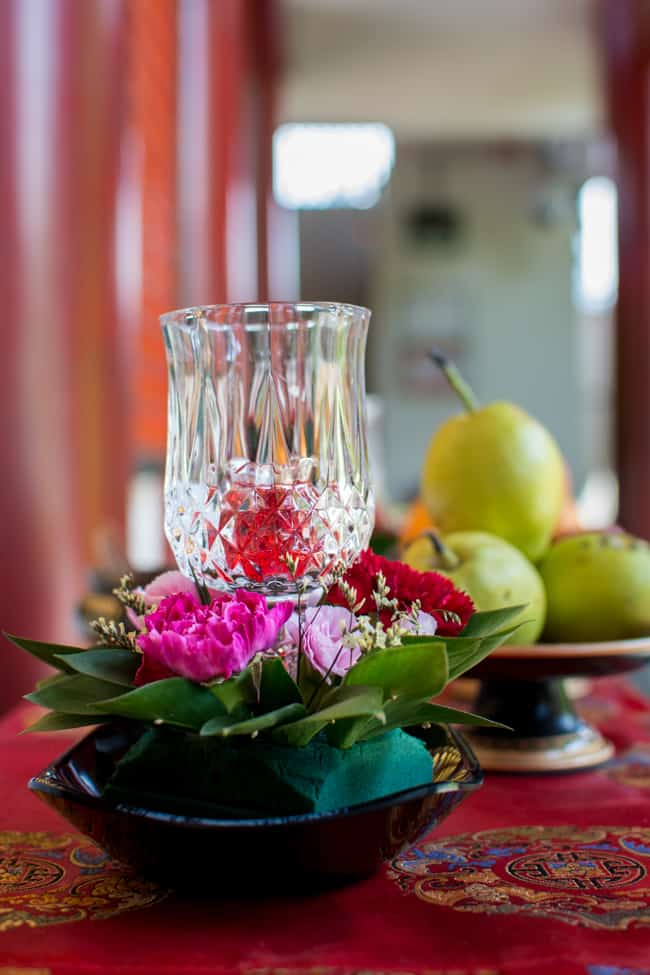 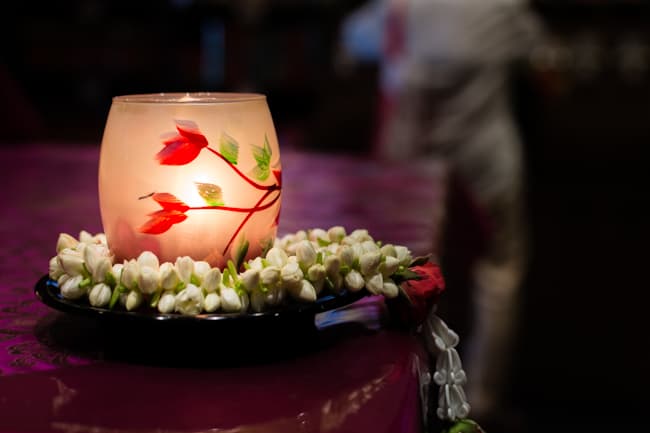 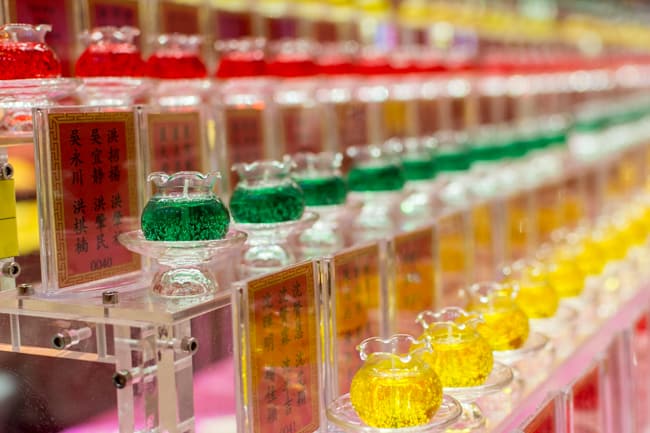 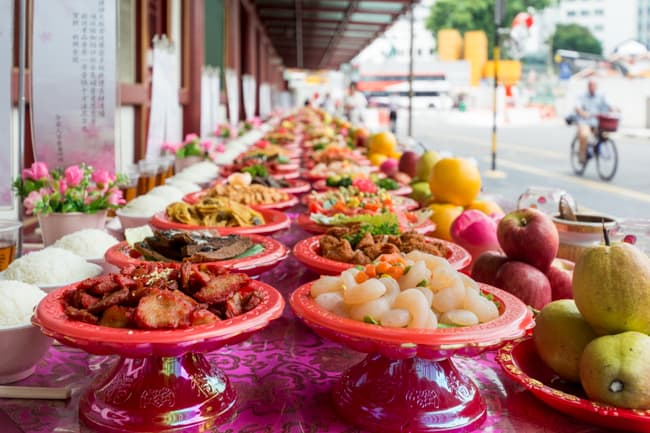 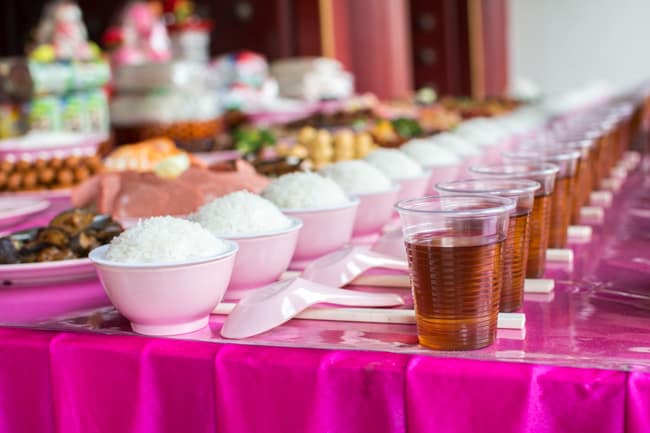 The precision with each item was place amazed me, but what I found even more amazing was the lack of disruption by visitors. I’ve worked at three historic sites for a total of about 8 years. I’ve seen people do everything from moving aside “please do not enter” signs to better step over the barrier blocking their way to throwing pine cones at alligators to see if they were “real.” At the Buddha Tooth Relic Temple, I didn’t see anyone poking the food to see if it was real or trying to touch the statues. 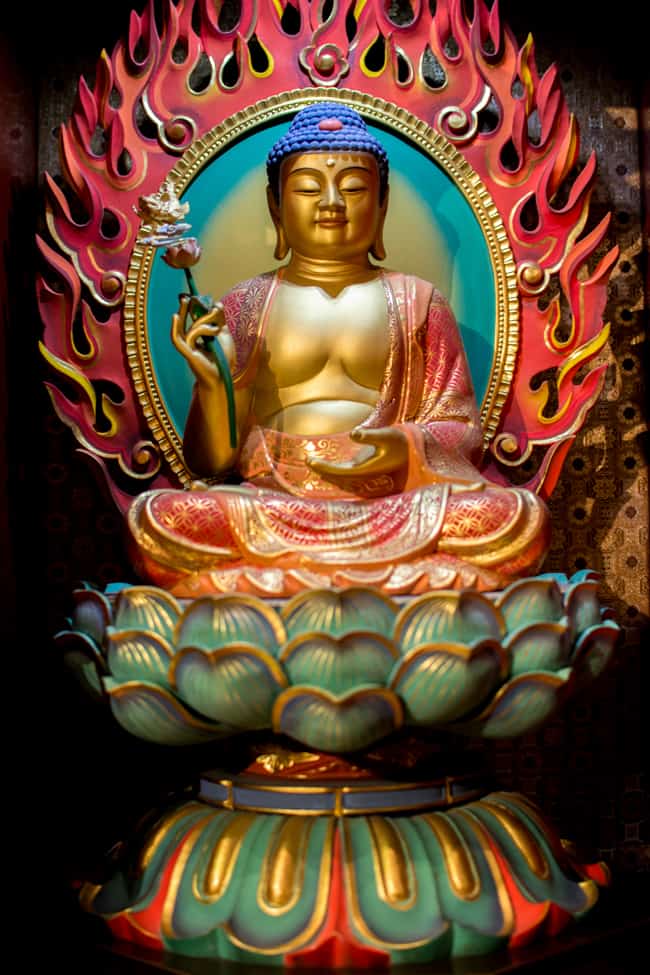 I’m sure it’s happened, but we didn’t witness it. The fourth floor Sacred Light Hall, which does not allow photography, houses the temple’s namesake Buddha Tooth Relic. Well, actually, the relic is in a separate chamber only monks are allowed to enter, but you can view it. Anyway, the hall has raised platforms with pillows for meditation. Signs in multiple languages explain that these areas are for meditation only, and we saw several people carving a quiet moment out of their days in these spots. We did not see anyone trying to sneak photos, walking around on the meditation platforms for a better view out the windows, kids jumping on the pillows, etc. The closest thing to disruptive behavior we saw during the entire experience was a handful of boys loudly ringing the bell in the rooftop orchid garden then rushing off, looking a bit sheepish.

The temple wasn’t the only place I saw respect modeled by the people of Singapore. I quickly learned that, when presenting payment for anything, people use both hands. I also discovered that respect for others is literally the law of the land. In Singapore, cat-calling is prohibited, as is looking at people in a suggestive or lustful manner. (Non-consensual hugging is also illegal, by the way.)

Of course, we saw other cultural differences during the day. Some of them, like the dried fish and shrimp snacks at the Chinatown market, weren’t all that surprising. My sister’s boyfriend loves eating dried seafood snacks and say they’re the best choice for road trips with other people because no one tries to steal your food! 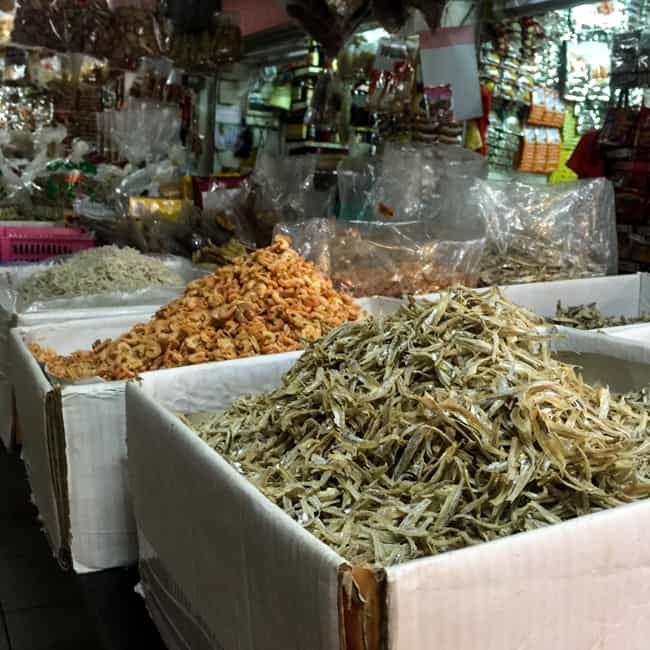 We didn’t just see respect for others modeled – we saw respect for the self demonstrated, too. At least that’s how I think of it! There certainly are some junk food options available, but there was an abundance of places serving “real” food. Sure, some of the options weren’t particularly appealing to us (I’m still not sure what “pork porridge” is…), but most of the dishes contained undeniably “whole” rather than processed items. I know some people see eating well and working out as vanity, but Papi Chulo and I both believe taking care of yourself shows both respect for the only body you’ll ever have and respect for the people you love/who love you. I was still recovering from the airplane food, so I went with something basic for lunch. I chose steamed chicken with ginger rice and miso soup. 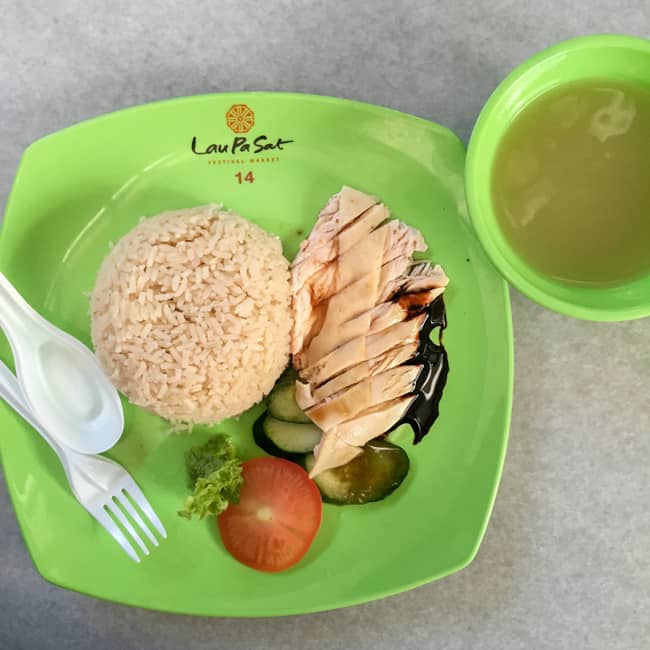 Incredibly, this cost four Singapore dollars! That’s about US $3. You can’t even buy a bag of potato chips for that, but I purchased a delicious, healthy lunch. At a food court! There were dozens of stalls, but none of them sold pizza, burgers, french fries, hot dogs, or any of the other junk that crowds out any sensible options at most food courts I’ve seen.

Back at the hotel, Papi Chulo and I browsed a free book from the Buddha Tooth Relic Temple and wondered at the things we’d seen. What was different here in Singapore compared to home? Why were people so much more respectful of their surroundings, one another, and themselves? According to a Conde Nast Traveler’s survey, the United States has 5 of the top 10 rudest cities in the world, but only 1 of the friendliest (yay, Charleston!). People always say crime rates go up in hot weather, but Singapore is hot, humid, crowded, and the second safest city in the world. What gives? And, more importantly, what can the rest of us learn form the Lion City?