Sharing alternate nostril breathing in last week’s yoga video got me thinking about aspects of yoga that aren’t commonly practiced in yoga classes here in the West, so I decided to start a new series on yoga philosophy. Yoga asana, or the physical postures, are only one of the eight limbs of the eightfold path of yoga! Yoga philosophy is what sets yoga apart as a mental and spiritual practice, not just a different way to do gymnastics or calisthenics. I’m beginning at the beginning with the first path, the yamas, or restraints. I hope you enjoy and join in the discussion! 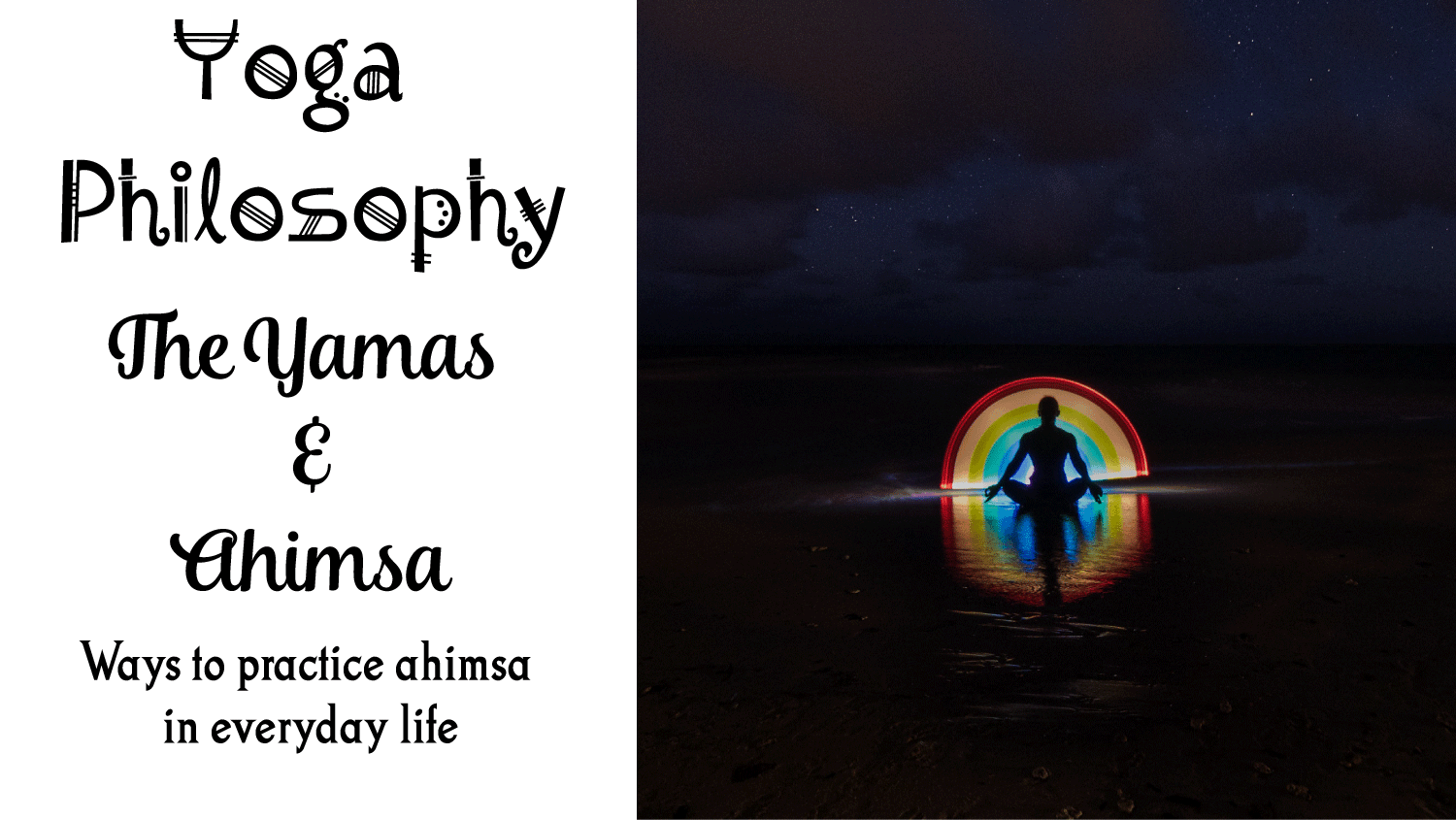 The yamas and niyamas, which will be discussed in later episodes, form the first and second limbs of the eightfold path outlined by Patanjali in Section two of his text Yoga-Sutras. The word “yama” was originally intended to mean “bridle” or “rein,” but in a positive way that involves willingly restraining actions through self-discipline; these restraints allow the practitioner to joyfully fulfill his/her life’s purpose. The yamas and niyamas are guidelines on how to lead a meaningful and purposeful life, with the yamas being things to not do, or restraints, and the niyamas are things to do, or observances. The five yamas, which are behaviors involving our interactions with ourselves, other people, and the world at large, are ahimsa, nonviolence; satya, truthfulness; asteya, non-stealing; brahmacharya, non-excess; and aparigraha, non-possessiveness.

Today’s post deals with ahimsa and how incredibly deep it is as a concept. While it does mean physical nonviolence, it also means not being mentally, emotionally, or spiritually hurtful to yourself and others. Mahatma Gandhi described ahimsa not just as a passive state of being harmless, but as an active state of love and doing good. It means things like not gossiping about others, treating yourself with loving respect in your own inner dialogue, and actively seeking to improve the world through thought, word, and deed. A person might also practice ahimsa by striving to make purchases from companies with practices and values that help create the world they want to live in.

What does ahimsa mean to you and how do you practice this yama in your life?